It is a beautiful Orange County morning, the birds are chirping, the kids are still sleeping and you are cooking bacon. Ahhhh, bacon—that king of cured meats, the complete opposite of kale, the court jester of the pork world. It is well-known that bacon is unhealthy but that it tastes so good, almost too good. If you eat enough of it, the lovely nitrates, fat and sodium will clog up your arteries quicker than you thought possible. Bacon is like a chimpanzee with a machine gun, seemingly safe and cute but in reality it is a killing machine. We know the dangers of bacon at California Repipe Specialist; it is the stuff of legend in plumbing circles.

The Grease In Your Pipes 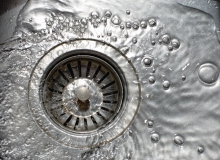 Take the serene moment that we talked about earlier, early morning, birds chirping, bacon frying. It seems fine but, just under the surface lies a nightmare about to happen. As you wash the pan you empty a bunch of bacon grease into the drain. That my friend will clog up your pipes faster than anything else. You thought your wife’s hair was a major cog inducer? Try mixing hair and bacon grease into a ball. Clog city. Ew…

The bottom line of introducing grease into your drain pipe system it the danger of inducing a major clog, particularly if your pipes are older. Grease will build up, constricting the flow of your drain and making all of your drains flow slower and increasing the possibility that repairs may be needed. If this is the case a repair is a completely acceptable option but, if you want to have the peace of mind to know that your drain lines are not going to break, call California Repipe Specialist. We can repipe your main water lines, replace your entire plumbing system with PEX pipe and even replace your entire drain line system! If it is time for you to look at a repipe, please give us a call for a free estimate today!