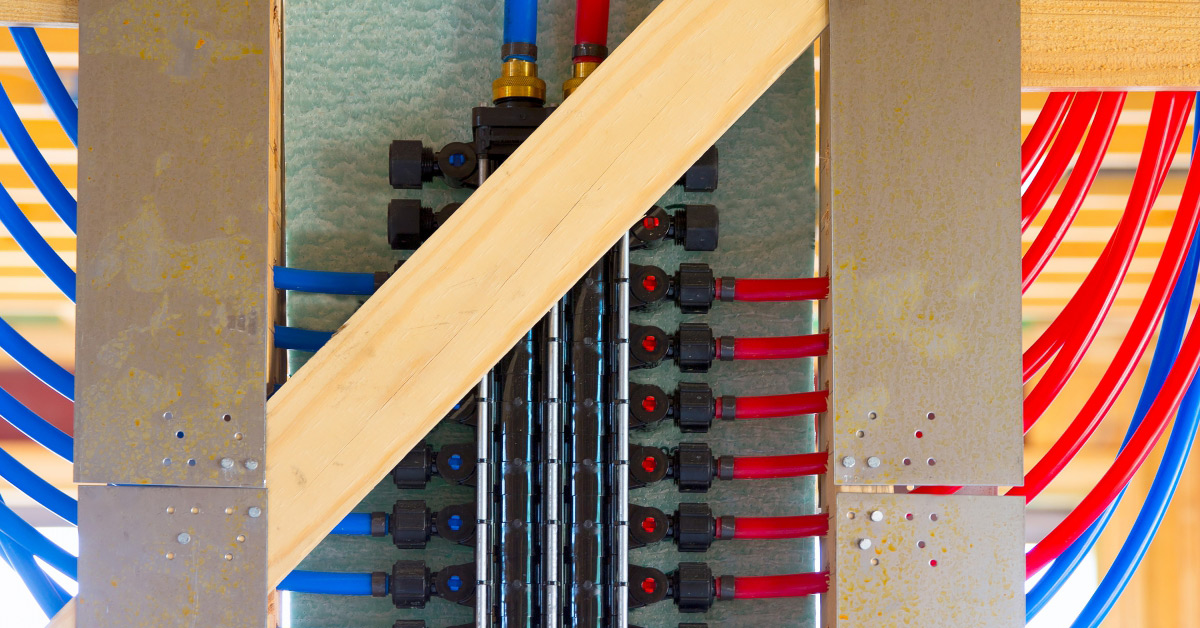 Newer homes are creeping into neighborhoods everywhere with all sorts of new features. The rise of synthetic materials for water pipes is taking over new home building. It makes perfect sense when the advantages and disadvantages are laid out. Just because PEX synthetic pipe is being installed into newer homes does not mean that those with older homes cannot reap the benefits of installing PEX piping into your home. The PEX repiping specialist in Orange County is California Repipe Specialists and we have performed many PEX retrofits.

PEX is not PVC

PEX is a distant cousin of the old standby, PVC pipe. PVC pipe is generally known to last indefinitely, how accurate that may be is still to be determined, as the stuff has only been around since the 19th century which is far from indefinite. PEX however is much newer and has only been in use since the late 20th century. The name PEX comes from the way the pipe is manufactured and the way it is manufactured is the key to its use. PEX is an extremely versatile material with much more diverse uses than simply plumbing. PEX piping is cross-linked polyethylene and the process is a miracle of modern science. It is really quite extraordinary and makes for a growing number of installations.

PEX Piping Has Its Advantages

PEX is truly a modern marvel for the plumbing industry and offers many advantages over more traditional piping. The list of advantages of PEX are long, with relatively few drawbacks. A major advantage is that PEX is extremely versatile and will solve many mounting issues that traditional pipes face. Curves, dips and obstructions are all much easier to work around with a more flexible material, making for fewer fittings required to accomplish the same run. This means that, with fewer fittings required, the PEX can be laid out in a much more direct route to the fixtures, increasing water pressure. A huge difference between PEX and traditional piping is the fact that PEX is cheaper and easier to install.

For all of its advantages PEX also has its disadvantages and a copper repipe may be what you desire instead. A major downfall is the fact that the material will degrade in sunlight, which really should not be an issue for home plumbing, as most of it is hidden in walls or floors. That being said, if exposure to sunlight, or if small critters that will chew through pipes is an issue, many installations can integrate copper repipe in addition to a PEX repipe.

At California Repipe Specialists we have 20-plus years of experience to recommend the ideal repipe for your home. If your piping infrastructure is more than 40 years old, it may be time to consider upgrading to PEX or a combination of PEX and copper piping. When you trust the experts at California Repipe Specialists you are guaranteeing a job completed by some of the most skilled installers in the industry. Our commitment to the highest quality craftsmanship and materials is the cornerstone of our business and we pass that on to our customers. Please contact us today for a free estimate!