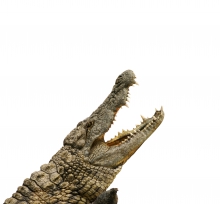 For generations it has been speculated that there are creatures lurking in the sewers. Things like rats, alligators, toxic zombie monsters and other unpleasant things. These creatures are nothing but legend and probably due to the overzealous imagination of a writer with nothing better to do. Not that I would know anything about that. The stories of creatures in the sewers have existed for nearly 100 years, by contrast we have been around for over 20 as the Californias copper repipe specialists, and you would not believe the things we have seen.

The occurrence of sewer creatures and alligators is somewhat disturbing but it is not something that you need not worry about, unless of course you like hanging out in the sewers. Which admittedly can be kind of an adventure. I mean there are clubs in places like London and Rome who explore the sewers in an urban explorer fashion. Those ancient cities undoubtedly hold some amazing things in their underground tunnels; I am not sure about Anaheim, but I don’t think that it has enough history to be as exciting. Sewer creatures have supposedly been captured on camera along the East Coast. Alligators are said to have originated as sewer denizens through them, being sold in the south and eventually being flushed down the toilet in New York.

I have a question for you. Do you think that your drainage system could handle a baby alligator, much less a small toxic zombie? If you have an older home, chances are that the drain pipe is steadily eroding away and any attempt to flush an alligator down the toilet would cause massive problems. If this is the case, it is time to call California repipe experts and have your entire plumbing system either repiped or repaired, along with your drainage lines. Call today for a FREE ESTIMATE!